Frank William Abagnale, Jr. born April 27, 1948 is an American security consultant known for his history as a former confidence trickster, check forger, impostor, and escape artist. He became one of the most famous impostors ever, claiming to have assumed no fewer than eight identities as an airline pilot, a doctor, a U.S. Bureau of Prisons agent, and a lawyer.

He escaped from police custody twice (once from a taxiing airliner and once from a U.S. federal penitentiary), before he was 21 years old. He served fewer than five years in prison before starting to work for the federal government. He is currently a consultant and lecturer for the FBI academy and field offices. He also runs Abagnale & Associates, a financial fraud consultancy company.

Abagnale’s life story provided the inspiration for the feature film Catch Me If You Can, starring Leonardo DiCaprio (one of my all time favorite flicks), a Broadway musical of the same name which opened in April 2011, and a ghost written autobiography also of the same name.

Abagnale was one of four children and spent the first sixteen years of his life in Bronxville, New York. His French mother, Paulette, and father, Frank Abagnale, Sr., divorced when he was 14. At the divorce hearing, Abagnale ran away, never to see his father again. According to Abagnale, his father did not necessarily want him, but to reunite his family, he would attempt to win his mother back until his father’s death in 1974. His father was an affluent local who was very keen on politics and theater, and was a role model for Abagnale, Jr.

His first victim was his father, who gave Abagnale a gas credit card and a truck to assist him in commuting to his part-time job. In order to get date money, Abagnale devised a scheme in which he used the gas card to “buy” tires, batteries, and other car-related items at gas stations and then asked the attendants to give him cash in return for the products. Ultimately, his father was liable for a bill of several thousand dollars.

Bank Fraud
Abagnale’s early confidence tricks included writing personal checks on his own overdrawn account. This, however, would work for only a limited time before the bank demanded payment, so he moved on to opening other accounts at different banks, eventually creating new identities to sustain this charade. Over time through experimentation, he developed different ways of defrauding banks, such as printing out his own almost-perfect copies of checks, depositing them, and persuading banks to advance him cash on the basis of his account balances. Another trick he used was to print his account number on blank deposit slips and add them to the stack of real blank slips in the bank. This meant that the deposits written on those slips by bank customers entered his account rather than the accounts of the legitimate customers.

In a speech, Abagnale described an occasion when he noticed the location where airlines and car rental businesses, such as United Airlines and Hertz, would drop off their daily collections of money in a zip-up bag and then deposited them into a drop box on the airport premises. Using a security guard disguise he bought at a local costume shop, he put a sign over the box saying “Out of Service, Place deposits with security guard on duty” and collected money that way. Later he disclosed how he could not believe this idea had actually worked, stating with some astonishment: “How can a drop box be out of service?”

Pilot
Later, Abagnale decided to impersonate pilots because he wanted to fly throughout the world for free. He got a uniform by calling Pan American World Airways (Pan Am), telling the company that he was a pilot working for them who had lost his uniform, and obtaining a new one with a fake employee ID. He then forged a Federal Aviation Administration pilot’s license. Pan Am estimated that between the ages of 16 and 18, Abagnale flew over 1,000,000 miles (1,600,000 km) on over 250 flights and flew to 26 countries by deadheading. As a company pilot, he was also able to stay at hotels for free during this time. Everything from food to lodging was billed to the airline company.

Abagnale stated that he was often invited by actual pilots to take the controls of the plane in-flight. On one occasion, he was offered the courtesy of flying at 30,000 ft (9,100 m). He took the controls and enabled the autopilot, “very much aware that I had been handed custody of 140 lives, my own included … because I couldn’t fly a drone”.

Teaching Assistant
He forged a Columbia University degree and taught sociology at Brigham Young University for a semester, working as a teaching assistant named Frank Adams.

Doctor
For eleven months, Abagnale impersonated a chief resident pediatrician in a Georgia hospital under the alias Frank Conners. He chose this course after he was nearly arrested disembarking a flight in New Orleans. Afraid of possible capture, he retired temporarily to Georgia. When filling out a rental application he impulsively listed his occupation as “doctor,” fearing that the owner might check with Pan Am if he wrote “pilot”. After befriending a real doctor who lived in the same apartment complex, he agreed to act as a supervisor of resident interns as a favor until the local hospital could find someone else to take the job. The position was not difficult for Abagnale because supervisors did no real medical work. However, he was nearly exposed when an infant almost died from oxygen deprivation because he had no idea what a nurse meant when she said there was a “blue baby.” He was able to fake his way through most of his duties by letting the interns handle the cases coming in during his late-night shift, setting broken bones and other mundane tasks. He left the hospital only after he realized he could put lives at risk by his inability to respond to life-and-death situations.

Attorney
While he was posing as Pan Am First Officer “Robert Black”, Abagnale forged a Harvard University law transcript, passed the Louisiana Bar exam, and got a job at the Louisiana State Attorney General’s office at the age of nineteen. He told a stewardess he had briefly dated that he was also a Harvard Law School student, and she introduced him to a lawyer friend. Abagnale was told the Bar needed more lawyers and was offered a chance to apply. After making a fake transcript from Harvard, he prepared himself for the compulsory exam. Despite failing twice, he claims to have passed the bar exam legitimately on the third try after eight weeks of study, because “Louisiana at the time allowed you to take the Bar over and over as many times as you needed. It was really a matter of eliminating what you got wrong.”

In his biography, he described the premise of his legal job as a “gopher boy” who simply fetched coffee and books for his boss. However, a real Harvard graduate also worked for that attorney general, and he hounded Abagnale with questions about his tenure at Harvard. Naturally, Abagnale could not answer questions about a university he had never attended. Eight months later he resigned after learning the man was making inquiries into his background.

Capture and imprisonment
Abagnale was eventually caught in France in 1969 when an Air France attendant he had dated in the past recognized him and notified the police. When the French police apprehended him, 12 countries in which he had committed fraud sought his extradition. After a two-day trial, he first served prison time in Perpignan’s House of Arrest in France — a one-year sentence that the presiding judge at his trial reduced to six months. At Perpignan he was held nude in a tiny, filthy, lightless cell that he was never allowed to leave. The cell lacked toilet facilities, a mattress, or a blanket, and food and water were severely restricted.

He was then extradited to Sweden, where he was treated more humanely under Swedish law. During trial for forgery, his defense attorney almost had his case dismissed by arguing that he had created the fake checks and not forged them, but his charges were instead reduced to swindling and fraud. Following another conviction, he served six months in a Malmö prison, only to learn at the end of it he would be tried next in Italy. Later, a Swedish judge asked a U.S. State Department official to revoke his passport. Without a valid passport, the Swedish authorities were legally compelled to deport him to the United States, where he was sentenced to 12 years in a federal prison for multiple counts of forgery.

My Two Cents
There’s more to read about Frank by clicking HERE. Wow, the man has balls. My daddy always said I could be, do or have whatever I wanted in life, but Frank takes that concept to an entirely different level!

How did you do? Did you catch parts of his personality? Capture images of his adventures and mishaps?

We seldom get the entire movie, but bits and pieces that we can tie up nicely with the input of our clients, who confirm our findings.

Keep up the good work! Leave your comments below to share with us what you tuned into. 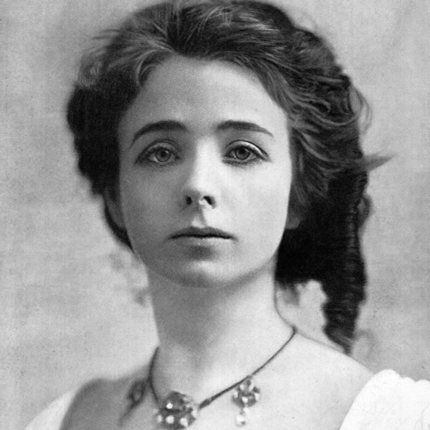 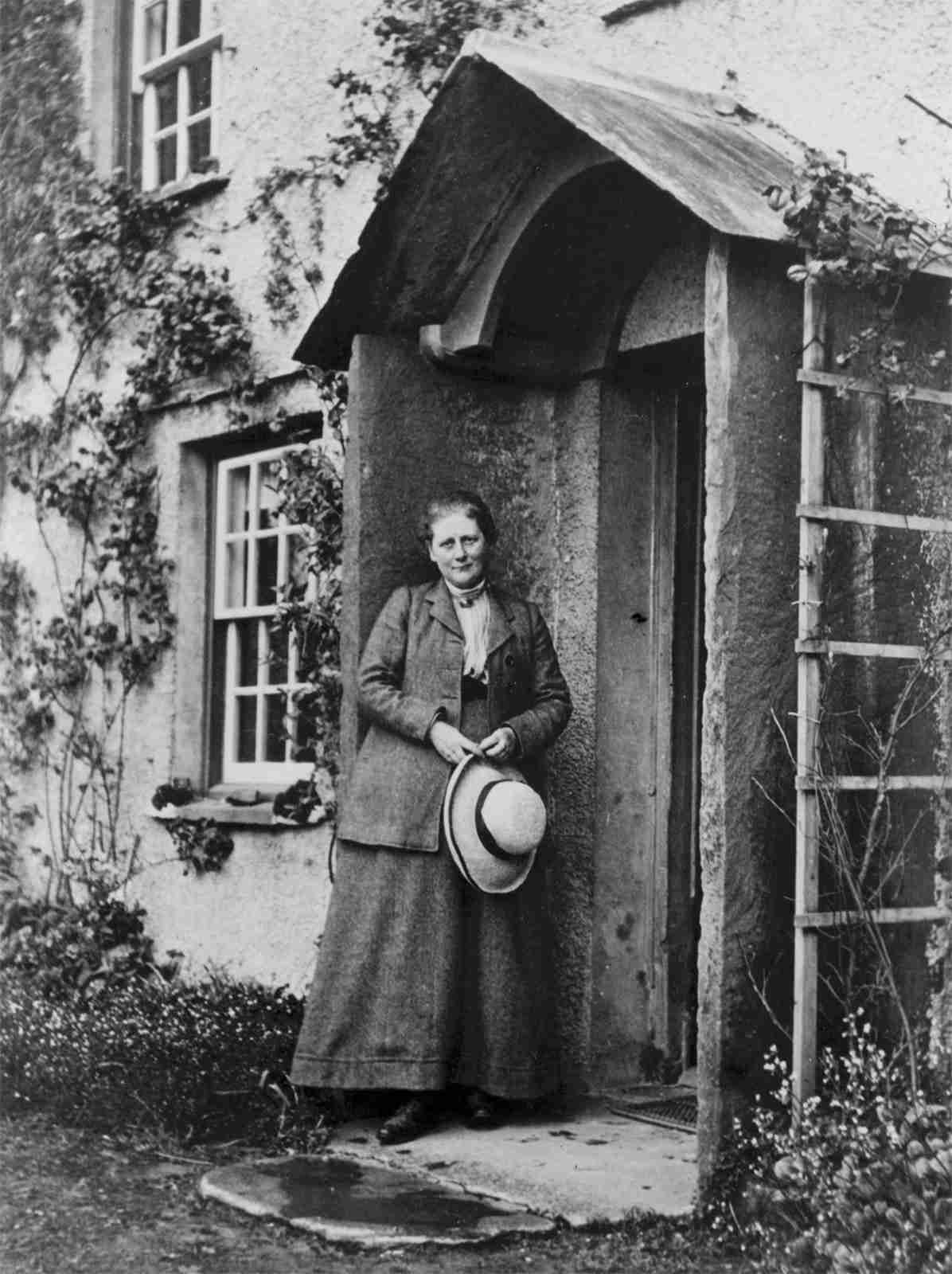